Back to CG Manual

In accordance with Savola Group's (the “Company” or “Savola) policy and strategy to ensure proper internal controls across Savola, compliance with rules and regulations and to provide its stakeholders with highly transparent and credible information, to strengthen its relations with them, and enhance its performance and decision making process, the Savola Board of Directors (the “Board) approved this Corporate Governance (CG) Framework and thereafter it shall be subject to changes and amendments as necessary.

This Framework shows Savola's set of controls, principles, standards and policies that are managed and monitored through Savola's commercial, financial and administrative operations to achieve its objectives and plans. These rules shall ensure that the Company complies with best governance practices that enable the Board to exercise its responsibilities towards the Company and its Operating Companies (OpCos) to achieve the best results for shareholders and protect their rights as well as the rights of all stakeholders.

1-3) Importance of Corporate Governance for Savola

Corporate Governance is concerned with the way in which the business and the Company affairs are managed by the Board and Executive Management, particularly regarding the following:

Savola believes that an effective CG system requires an efficient Board and Executive Management team that are aware of the importance of this Framework, as well as an effective organizational structure with clear roles, competencies and responsibilities. It also requires a sound internal control system through the implementation of a number of functions such as (sound planning and visibility, effective investment portfolio management, policies and procedures, external audit, internal audit, risk management, and governance and compliance), as well as providing a supportive and responsive culture and work environment.

This Framework shall apply to Savola as a joint stock company listed on the Saudi Stock Exchange and shall regulate the relationship between the Company, its Board of Directors’ Committee and its OpCos’ Boards (where and when appropriate). Each Savola’s OpCo shall prepare its own governance charter in the light of this Framework and in a manner consistent with them in accordance with its legal position and bylaws and under the supervision of its Board, its Boards’ Committees and Executive Management. 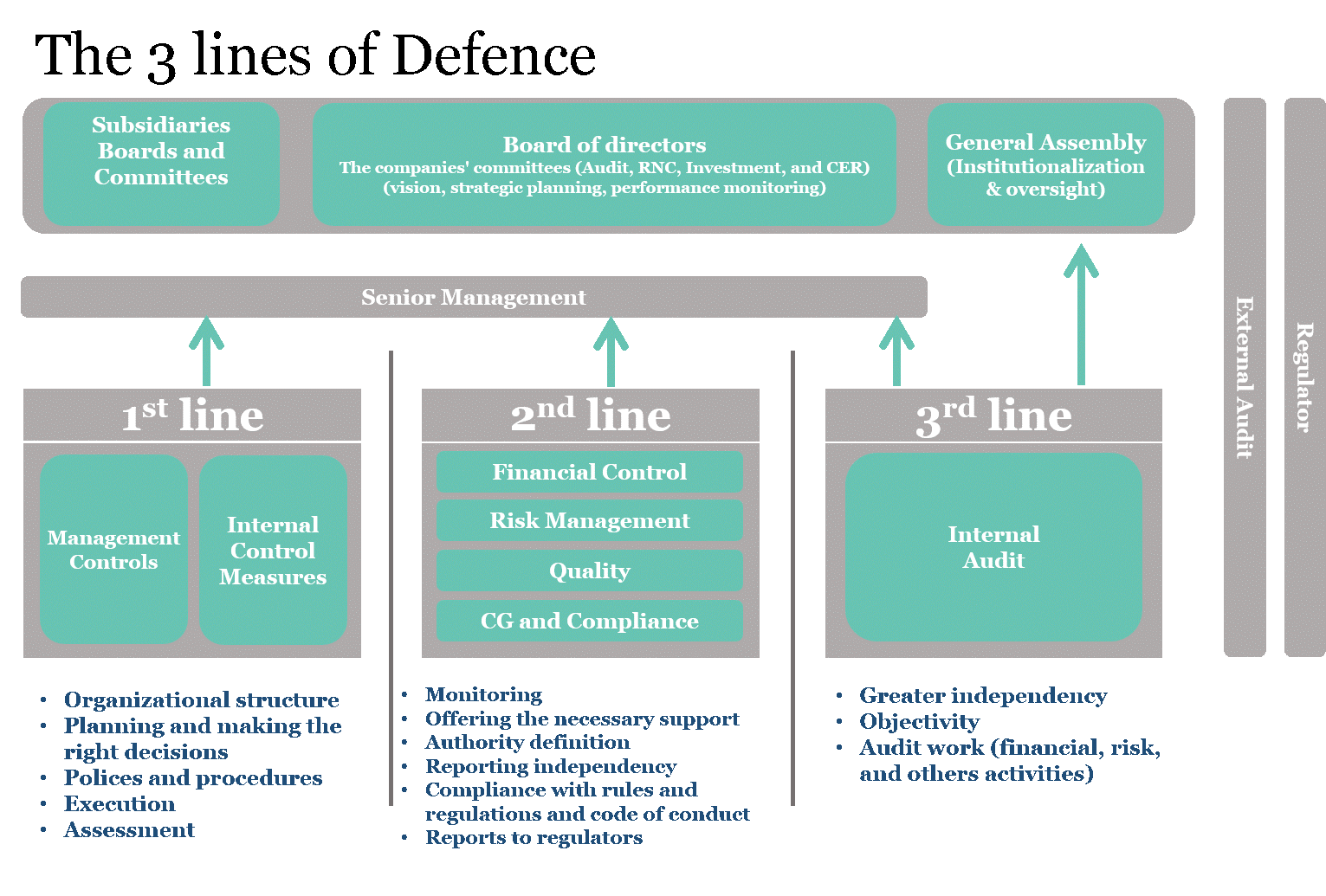 The expressions and terms in this Framework have the meanings they bear in the Company’s Bylaws and in the glossary of defined terms used in the regulations and the rules of CMA, unless otherwise stated in these regulations.

For the purpose of implementing these regulations, the following expressions and terms shall have the meaning they bear as follows, unless the contrary intention appears:

Back to CG Manual